About Miss Fix the Universe

Early in December 2021, the City of Eilat hosted the Miss Universe beauty pageant. While the eyes of millions around the world were set on Israel, we at the Israel Women’s Network (IWN) thought it was time for an alternative. And so, “Miss Fix the Universe” was born. The idea was simple: focusing the spotlights on the beauty that lies in women’s social activism and Tikkun Olam, instead of outdated and chauvinistic body measurements and beauty criteria. We wanted to put on a pedestal the women who dedicate their lives to promoting values like justice, equality, sustainability, health, technology, and human rights.

The competition was announced mid-November, and over a period of two weeks, 243 social ventures initiated and led by women had registered. Overall, more than 70,000 people visited the competition’s website, and 46,000 votes were cast.

On December 11th, a day before the Miss Universe contest was held, the project’s first event took place. Grants were awarded to a select number of initiatives.

Miss Fix the Universe is now a community, operating under the auspices of a new public platform cultivating women’s activism. We’ve created a space where a woman can learn about the work, ideas and solutions developed by fellow activists, get to know them and their strategies, while networking, collaborating, obtaining funding and reaching out to volunteers.

In the future, and after we’ve obtained feedback from you and other users, we aspire to take this platform international.

Each of the following initiatives was awarded ILS 30,000 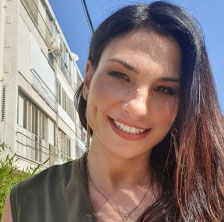 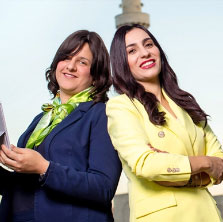 We are currently sending you an email confirming your account. Once approved you will be able to log in and start voting. (If the email did not arrive, look for it in spam)

This section is reserved for the community's entrepreneurs